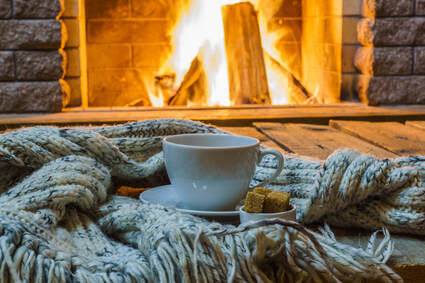 If you're a homeowner, renter responsible for home maintenance, or interested in how to properly maintain a chimney on any type of building, then please continue reading through our article below. Conducting routine maintenance on a chimney is extremely important, as not doing so could result in a completely unnecessary fire, water damage to your home, or other building integrity damage. The Chimney Safety Institute of America (CSIA) recommends that you get your chimney inspected at least once a year as part of a routine and proper building maintenance plan.

In the article below we've compiled a long list of well-researched reasons to have your chimney annually inspected. Inspections can lead to discovering small flaws in your chimney that if fixed or corrected early on could save you from having to spend thousands or tens of thousands of dollars down the road after the problem has become far worse.

A Few Reasons to Get a Chimney Inspection

1. Bird Nests - You would be shocked at how common it is for birds to create nests within your chimney, especially if the interior of the chimney isn't smooth or has become jagged. These nests, often built with dry sticks and grass, can easily start a house fire the moment you light a fire. Affordable chimney cleaning services can easily remove bird nests from the structure.

2. Dead Animals - When the inside of your chimney starts to age, small holes, nooks, and crevices begin to form in the brick, mortar, and piping components that form the structure. During the warm season when the chimney isn't being used, animals such as mice, ferrets, rats, and bats will often make a temporary home in these holes and chimney nooks. In the event one of these animals dies within the chimney itself, the carcass will likely catch on fire when it comes into contact with hot smoke and embers. An affordable chimney sweep can safely remove animals from the structure and make sure that they don't start a potentially deadly fire.

3. Faulty Vents - Chimney vents are an extremely important component within a chimney, as they redirect harmful smoke and high-temperature heat out of your home or building so that it does not present a hazard to anyone inhabiting the residence. A large or even simple fault within a vent such as lodged debris or rust damage can cause a vent to malfunction enough that a backflow of smoke, carbon dioxide, and hot embers could come back down your chimney and wreak serious damage. An affordable chimney vent cleaning service can make sure the component is working normally.

4. Chimney Soot - The primary reason to hire a chimney sweep service is to clear soot that accumulates in your chimney after just a dozen or more fireplace uses. This soot can easily start a house fire so be sure to hire a chimney cleaning service to properly remove it from the inside of the structure, eliminating any fire risk to you and your family.

5. Cracks in the Chimney Flue - For those of you that are unfamiliar with what a flue is, it is the inner lining of your chimney that redirects smoke, airborne ash, and heat outside through a safe exit. Even the smallest cracks in your chimney flue can expose your home to all of this ash, heat, and smoke, wreaking serious havoc if left unchecked over time. Hire a chimney repair service to fix any flue cracks before they threaten the integrity of the entire building.

6. Masonry Cracks in the Chimney - If the structural integrity of your chimney begins to falter, then it could be at risk of collapsing, leaking smoke and hot ash into your building structure, or pose other serious health risks. A chimney repair service can inspect the unit to make sure that it is structurally sound. These same professionals can also perform brick fireplace repair if needed. It should be noted, however, that to properly identify where any masonry cracks might lie you should first clear soot from inside of your chimney.

7. Living Animals - When it comes to creatures living in your chimney, you should always opt for humane animal removal services rather than cruelly disposing of them. A chimney inspection service can usually offer you humane animal removal options, as well as any vent cleaning tasks that need to be done as a result of nesting materials, sticks, grass, or whatever else your new chimney residents have brought with them while living in your chimney.

8. Chimney Age - As your chimney gets older it becomes more of risk due to simple wear and tear. A proper chimney inspection can tell you if your chimney requires some needed repairs or a complete replacement. Some chimney repair companies will not only clean your chimney, but also offer services such as brick fireplace repair, chimney replacement, flue repair, soot removal, and more. The older your chimney is the more likely it is that it will possess components that need to be urgently repaired or replaced.

9. Chimney Settling or Repositioning - It is not uncommon for a chimney on an older home to begin to shift positions, lean inward or outward, or otherwise settle in a way that deviates from its initial position. When a chimney shifts it can damage the internal lining, requiring chimney relines to any cracked or broken sections. Chimney relines are generally quite inexpensive, especially in the Aurora Colorado area.

10. Water Damage - If you live in an area with a lot of moisture or snowfall, such as in Aurora Colorado, then your chimney could be taking on water damage year after year. The best chimney sweep companies can get in there and properly remove sediment, soot, and debris for your chimney which will give them the ability to carry out a proper integrity based inspection. Only the best chimney sweep services will conduct both a cleaning and a fully certified inspection. Make sure that you hire the correct chimney cleaning Aurora professionals for such an important job.

11. Not Knowing When Your Chimney Was Last Inspected - One of the most common reasons to need a chimney inspection is not knowing when the last servicing was done. If you can't remember that last time that you got your chimney cleaned, then chances are it's been years since it was done. Never procrastinate on a responsibility that is so serious. Hire a chimney cleaning Aurora professional to come out and service your chimney as soon as possible. They can inspect and identify a leaky chimney, broken flue, or other chimney defects that won't be obvious to the untrained eye. A leaky chimney or otherwise damaged chimney can cause serious damage to your home or pose deadly health risks to your family, so always take the matter very seriously.

12. Broken Chimney Cap or Crown - The chimney cap or crown is quite literally the first line of defense in safeguarding the integrity of the structure. The cap and crown should be checked twice a year at least to make sure that they are functioning properly, in the correct position, and not cracked or overly weathered. If your chimney cap or crown breaks then it can allow water to seep into your chimney or the areas surrounding the structure. It can also redirect smoke or hot airborne ash to flow to areas within your house, roof, or attic where it is not supposed to be.

13. Blocked Chimney Airflow - A broken chimney vent is one of the biggest health risks involving a chimney. The vent often becomes clogged with debris from lack of cleaning. Hire a servicing company at least once a year to conduct dry vent cleaning operations on the structure to ensure that it functions properly and remains well maintained. Dry vent cleaning will remove any airflow obstacles, allowing smoke and airborne ash to leave out the proper channels, rather than creating a reverse flow and entering back down the chimney, into your home, or flowing into another area where a health risk is present.

14. Faulty or Damaged Fireplace - Sometimes the problem with a chimney starts at the lowest level of the structure itself, which is the fireplace. If your fireplace is damaged, malfunctioning, poorly designed, or faulty in some way, then it could be causing a systemic problem that goes all the way through your entire chimney. For example, if your fireplace burns too hot and gets too much airflow, then this could result in too much heat, smoke, and hot embers flowing into the chimney structure, causing unnecessary damage and wear and tear. A chimney service crew can inspect not only the chimney itself but also the fireplace and make sure that everything works properly. If you have any airflow issues with your fireplace, then consider having your chimney servicemen conduct an air duct cleaning. An air duct cleaning is an important way to make sure that your chimney and fireplace is producing proper airflow and circulation needed to operate.

15. Rusty Chimney Vent - The most common problem that affects a chimney is a rusty chimney vent. If you live in a particularly wet climate then this is likely to be a problem that plagues you quickly, especially if your vent isn't properly waterproofed. When your chimney service professional visits your property, ask them to make sure that your chimney vent isn't rusty and find out if it needs to be weatherproofed again in order to keep it sealed, safe, and dry for the many years to come.

16. Your Chimney Could be Painted With The Wrong Type of Paint - Not all paint or weather treatment solutions are intended to be exposed to high heat surfaces such as a chimney. If you plan to paint or seal your chimney, always make sure that you are using a substance that is safe to be near heat sources, otherwise, it could catch on fire quite quickly and burn your house down. It is best to consult with a chimney service professional before painting or sealing the outside of a chimney, as they can offer you advice regarding what paints and sealants are heat resistant and non-flammable.

17. Loose Flashing - For those of you that are unfamiliar with flashing it is the lining material used to keep water out of your chimney. DIY flashing installation jobs are usually the main source of water damage to a chimney, so always make sure that you hire a professional to do this job and save yourself from potentially tens of thousands of dollars in water damage years down the road. Metal flashing, rather than resin or composite based materials, are prone to rust just like any other metals. Cracks and holes can form in the flashing if it isn't properly water treated, so be sure to have your chimney serviceman take a look at the overall state of your flashing.

If you know or suspect there are hazardous materials that have been used in the construction of your home, give Bay Area Asbestos Removal a call to set up an appointment.  Our experts provide the inspections and testing you need to confirm or refute the possibility of having asbestos, lead or mold in your home - and we take the necessary actions to clean up the property.  We provide fast and friendly service, making our company highly recommended among clients.  Our representatives are here to answer any questions you may have, including setting up a consultation or getting an over the phone estimate.